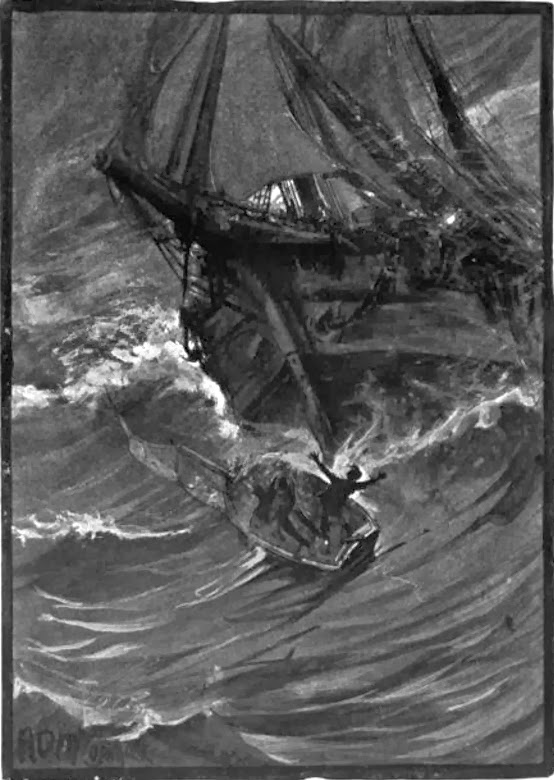 In 1838, Edgar Allen Poe published his only novel, The Narrative of Arthur Gordon Pym of Nantucket. In doing so, he set off a strange sequence of events that freaks out literary snobs and nautical enthusiasts alike. The events are centered around a character named Richard Parker.

In the novel, several sailors are left adrift at sea after a terrible storm incapacitates their ship. It's more complicated than that, but that's the important part. After a few spots of false hope, one of the sailors -- a man named Richard Parker -- suggests that, in order for any of them to survive, one of them will need to be killed and cannibalized. They draw straws, and Richard Parker is the unlucky victim.

A few years earlier, a similar situation had played out in reality. A ship called the Frances Spaight sank in the north Atlantic, and the survivors practiced cannibalism when it became clear that they would starve otherwise. Given how close the event was to when Poe was writing, there's a decent chance he found some morbid inspiration in reality. Here's where it starts to get a little bit weird.

In 1846, eight years after Poe's novel, another Frances Spaight sank. One of the victims of this shipwreck was a man named Richard Parker. That's enough to be a little odd, but it's not quite freaky. Not yet. Not until 1884, when another ship went down (not a Frances Spaight this time), and a 17-year-old cabin boy named Richard Parker was counted among the survivors.

I mean, I say survivors. But he only lived through the initial disaster. It was decided, like in the book, that one of them had to become food for the others. And, like the book, that one turned out to be Richard Parker. As a sidenote, this case ended up setting a legal precedent that murder is super not okay, even if you're murdering someone out of desperation for food.

I guess the moral of this whole story is that, if your name is Richard Parker and you're about to set sail on a ship called the Frances Spaight, you are woefully uninformed and will surely be eaten by your fellow sailors. Of course, Yann Martel didn't see it that way. In an effort to speak out for the Richard Parkers of the world who had been victims of the sea, he named the tiger in Life of Pi after them all. Spoiler alert, it turns out the tiger may have actually been a metaphor for the main character eating one of the other survivors of a shipwreck.